Objectives of this step

What are human rights?

The idea of human rights is as simple as it is powerful: that all people have a right to be treated with dignity. Human rights are basic rights and freedoms belonging to all human beings without exception. Every individual is entitled to enjoy human rights without discrimination. These include, but are not limited to the rights of workers. Human rights reflect basic human needs and relate to a broad range of issues, such as security, housing, water, privacy, discrimination, freedom of expression, working conditions etc. The concept of human rights is founded on basic values such as freedom, respect, equality, dignity, empowerment and accountability. Human rights are often expressed and guaranteed by law, for example in the form of international treaties and translated into national laws. The International Bill of Human Rights (Universal Declaration of Human Rights and two Covenants implementing it) and the International Labour Organization (ILO) core conventions comprise the minimum core of internationally recognised human rights. The human rights of specific groups are spelled out in separate treaties, such as the Convention on the Rights of the Child (CRC) or the Convention on the Elimination of all Forms of Discrimination against Women (CEDAW).

For a visual introduction, take a look at the following video: 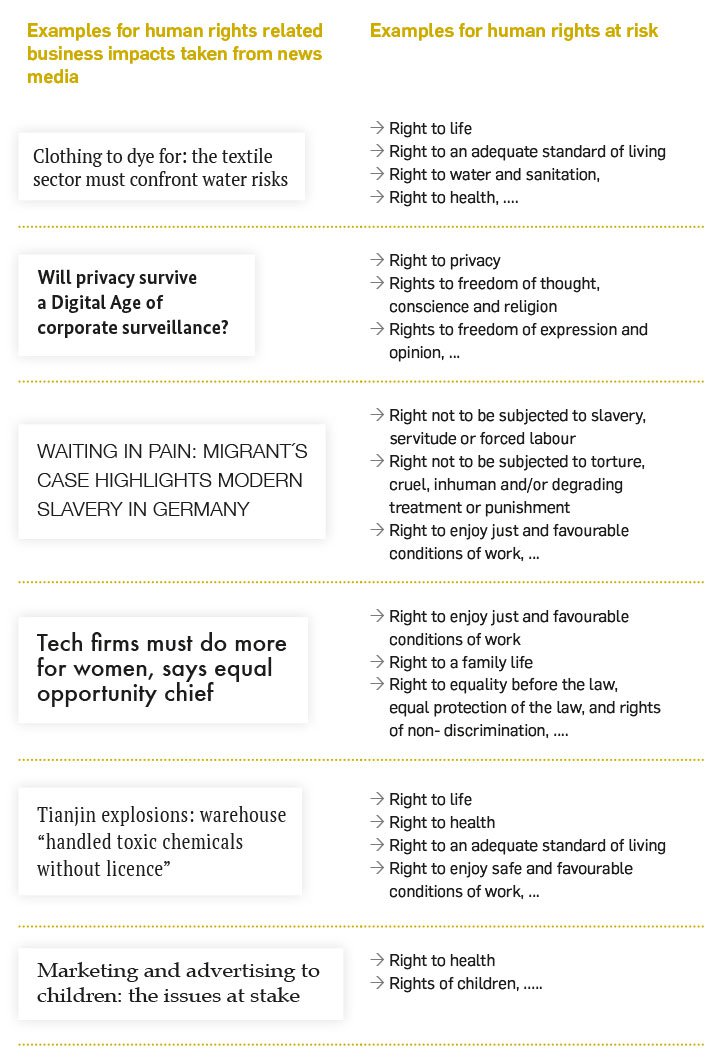 In the Advanced Practitioners section, you can find more information on specific human rights risks associated with the Textile, ICT or Automobile sectors.

Who are potentially affected groups?

The chart below provides you with an indication of the individuals and groups whose rights might be (negatively) impacted through a company’s business operations or relationships. Among them, some are likely to face a greater challenge in getting their voice heard and a higher risk for being harmed than others. Examples are children living in the communities around production facilities or migrant workers employed by suppliers or business partners. Think about which of these groups are most likely to be affected in your sector! Are any ones missing? 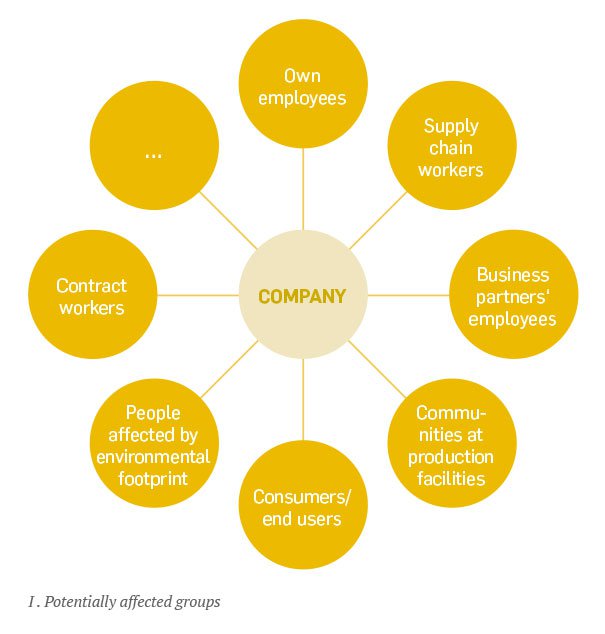 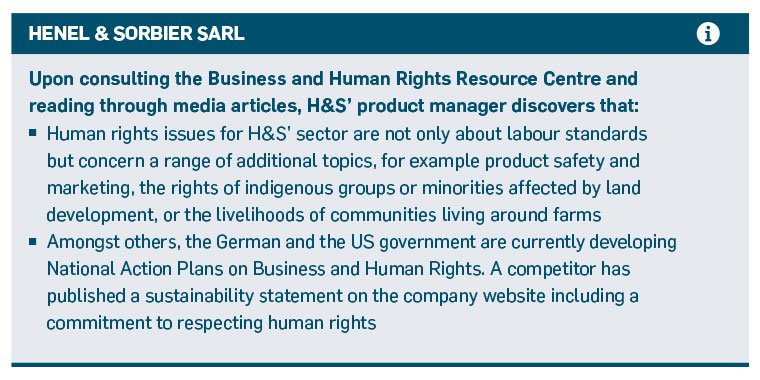 If you want to dive a bit deeper into the topic of business impacts on human rights or a looking for information sources you can recommend others, you can consult a range of introductory resources: